Auschwitz–Birkenau – Krakow A symbol of the Holocaust

The sound of silence must be heard…

A symbol of terror, genocide and the Holocaust. Over 1.1 million men, women and children lost their lives here. The original stones, bricks, buildings, descriptions, dozens of witness accounts, archival documents and photographs, that survived the horrors of the past are silent but have many stories to tell… This tour is not only a history lesson but above all a fundamental experience.

Because of huge interest, we recommend booking the visit in advance. The exact time of entrance must be confirmed.

Morning tour to Auschwitz-Birkenau Museum in Oswiecim, listed on the UNESCO World Heritage List since 1978; the tour comprises both parts of the former concentration camp – Auschwitz I and Auschwitz II-Birkenau. KL Auschwitz was established by the Nazis in 1940, and was the largest of the German Nazi concentration camps and extermination centres. It has become a symbol of terror, genocide and the Holocaust. Over 1.1 million men, women and children lost their lives here. Today, you can see preserved ruins of the gas chambers and places filled with human ashes, primitive barracks for prisoners and miles of the camp fence and roads (duration up to 6-7 h) on the area of approx. 200 hectares.

Back to Krakow. Meet with your guide and have a short classic afternoon tour of Krakow, including walk around the magical Old Town with the largest mediaeval square in Europe. While there, you can stop to visit the oldest shopping mall, the Sukiennice cloth hall, and then the Church of the Virgin Mary (including the magnificent Gothic wooden altar by Wit Stwosz). Then you go down via Kanoniczna and Grodzka street to Wawel Hill to see the courtyard of the Wawel Royal Castle.

Due to unforeseen changes in local schedules & events, we reserve the right to change the sequence of sightseeing. 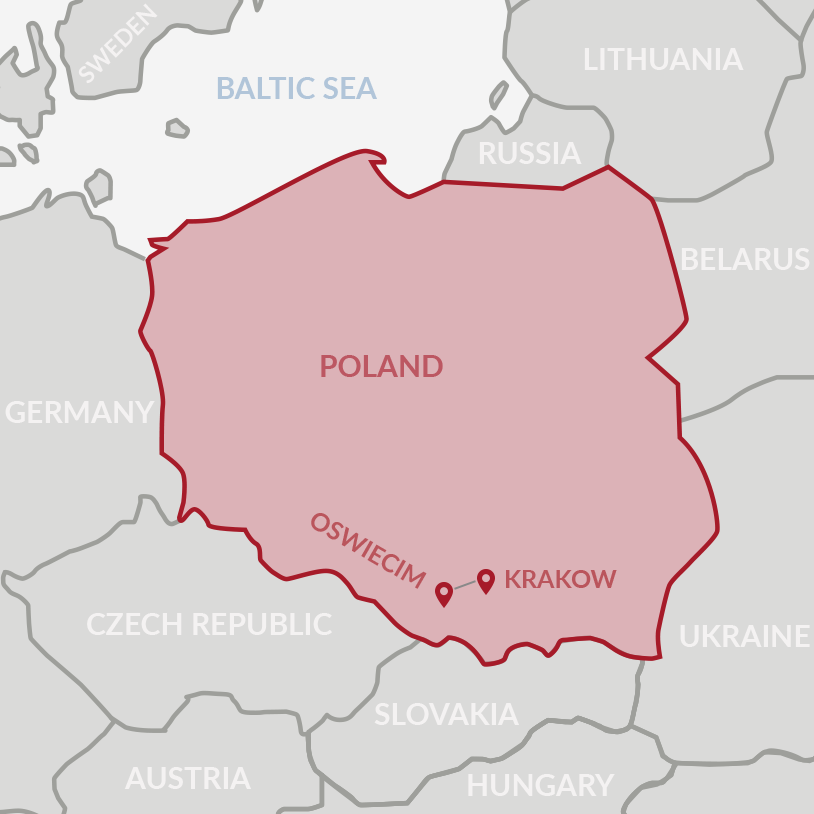